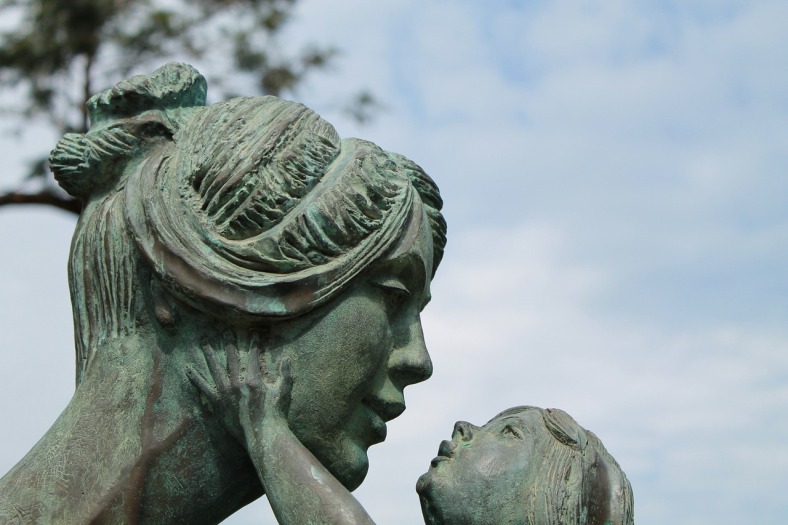 Like many, this election divided my home. Now I work to untangle love from Trump’s ascendence.

I’ve been silenced by the results of this election, paralyzed, unable to find words, shocked that my mother voted for Trump. “God has put Trump in and Obama is out!” She said to my younger brother. Even if voting for him meant voting against the health of her eldest who survives  on disability checks and voting against her daughter’s safety, to say the least of it. Never mind all the rest of his atrocities. I’m keeping this close to home.

I feel his election heavy on my body, on my skin. His body is an affront to the office he holds. His skin is a revulsion. The words that come from his foul mouth poison everything, including my relationship with my mother.  I’ll never forgive her for being taken in by the greatest con man of the century.

As I write this I know she could read it. I try not to write about my family. I did that once. Words. Once you put them out there, you can no longer control them, or what you mean to say. Family can’t hear your truth, particularly because it isn’t their’s. And I respect that. Yet, here I go. I will write a thing I shouldn’t. And for that, I’m sorry. But I’m in pain. I can’t write another word, until I write these.

Words. Once you put them out there, you can no longer control them, or what you mean to say.

During a recent visit she said, “You never read the Bible, never studied it as I have. If you had, you’d still believe!”   I didn’t argue it. What was the point? There were so many factors, a myriad of reasons, losses, and gains that led me to this place, a space so far away from her.

I do not condemn faith. Instead, I have great respect for it, when it brings joy, instead of pain and boundless love instead of fear. In short, when it is consistent throughout one’s life.  My mother’s vote for Trump telegraphed, in an instant, the crisis between us. She either believes Trump is a Christian or doesn’t care to really know. How do you vote for a man whose life demonstrates complete disdain for your values, see his win as an appointment from God, but struggle to love your only daughter because she what, no longer calls herself a Christian?

I have great respect for faith, when it brings joy, instead of pain and love, instead of fear.

After our argument, I didn’t sleep all night. Our fight raged in my head. As dawn broke I decided in order to save our relationship, I’d have to swallow my pride and say what needed saying. I descended the stairs from my room and entered her bright yellow kitchen. It sparkled with newness. I found it ironic and depressing. Nevertheless, it was idyllic. My mother’s home is the All American Dream replete with the American flag waving out front. It creeps me out a little.

As my mother prepared breakfast, I put my hand on her shoulder and told her I loved her. No matter our disagreements, I’d never look down on her or her beliefs. She turned, her face contorted in pain as she tried to smile. She’s a terrible liar. Maybe I’m paranoid, but I think she thought I was lying. Was I? No. There’s a half truth there, but here’s the whole of it, my achilles heel has always been that there’s never been another god but she. I’d say anything to bridge the gap between us.

But could I mean it?

I value knowledge above most things. Yet, she raised me to believe that when Eve ate from the tree of knowledge she seduced Adam to eat of it. Then God cast them both out of the garden. Knowledge is associated with the dark arts, alchemy, and witchcraft. While I’m no witch by any means, my education inspired me to pull on the threads of faith and it unraveled. I live outside the garden and strain to see her beyond the vines where she prays she’ll see me bow to God in her lifetime. I long to feel close to her again, like when she held me and played with my hair in childhood, like when we shopped in thrift stores in high school, like when we talked almost everyday in college. I feel the space between us when we talk. Wide gaps stretch out in our sentences punctuated by broken stories as we pick our way through minefields. Tell this story, but not that. Share this anecdote, be careful to leave out that detail.

My achilles heel has always been that there’s never been another god but she.

So  yes, I’m angry that she voted for Trump from her white-picket fence home safe in the suburbs where she’ll never have to feel the effects of his lies.  That said, I get that her  vote is not some grand symbol of her failure to love me. But it is an expression of her lack of interest in facts. It is this that creates a divide between us that can’t be bridged. Yet, what of it? Does that mean love is not possible? What if it’s not she who struggles to love me? What if it’s that she struggles to express it? Now that we no longer know one another, who can blame her?

I tire of these questions. They circle round and round and I can’t find the end of them. I need to leave this post alone and get on with the rest of my writing. So, I’ll leave you with Desiree’s Baby.

Desiree’s Baby is a  Southern Gothic tale written by Kate Chopin. In it Desiree pens a desperate letter to her mother because her husband no longer loves her. Her mother responds, My own Desiree: Come back to Valmonde; back to your mother who loves you. Come with your child. Instead, Desiree kills herself and her baby. I wonder if daughters don’t always value their mother’s love? Or simply don’t see it as enough?

My mother is from Georgia. There, mothers love their children with a fierceness I’ve not seen up North. When I read that line, in Desiree’s Baby, I recognized a truth within it. I experienced it when I went to college. My mother grabbed hold of me and cried my name. My father had to pull her away. Other people just went to college, I felt rent from my mother’s bosom.  This last time I saw her, on a trip to Portland the week of the election, she grabbed hold of me on the last day and said, “Come home whenever you want. Come home and stay as long as you need.”