Obsessed with Prince since his passing, each morning I awoke with an ache so heavy it was hard to breath. His death stole the possibility of something for me. Something I’ve been chasing since. In the dark moments before dawn, as I once rose to study scripture, I opened my phone to read every story on Prince— as if more information might reveal more, lead me into his presence. It only blurred the edges of him further.

His belief in conspiracy theories. His recent celibacy. His mercurial relationship with scheduled meetings, time, and saying goodbye. One never seemed to know if he’d show up or when he was gone, if he was gone for good. In his penetrating Prince biography, I Would Die 4 U, Touré recounts the time he interviewed Prince at Paisley Park. Abruptly, Prince left him without saying a word. Touré waited for him to return. Finally someone came out and told him it was time to leave. Prince didn’t do goodbyes.

Today I finally stopped. My obsession soured to disgust. I’d become a cliche. One of those middle-aged women in the office with Twilight posters pinned to the walls of their cubicles. 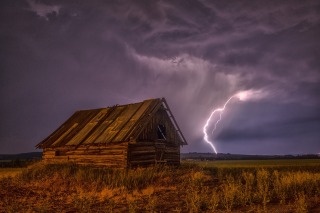 I was a corn-fed Midwestern Girl.

I accidentally fell down the click bait hole. Next to the announcement that Prince had Aids was an article entitled something like The Lies He Sought To Protect. An ex-girlfriend once filed a suit against him claiming he’d been sexually abusive. She accused him of forcing her to engage in perverse sexual acts. She also alleged he’d kick her out of bed and tell her to sleep elsewhere for no apparent reason.

As an aside the article pointed out the two had been involved in a property dispute following their break up. Phew. I thought. That’s a relief. Obviously this woman is a vindictive, gold-digging, manipulative, bitch.

His death stole the possibility of something in me.

As I showered, I ruminated on the visceral, misogynist rage I felt. It reminded me of Cosby fans’ responses in the wake of his early rape allegations. One comment from a friend on Facebook has stayed with me. “These women obviously just want money. They’re taking advantage of a vulnerable man in his 70’s. They should be ashamed of themselves.”

Alfred Hitchcock’s fans and colleagues tore Tippi Hedren apart when she accused him of ruining her life and career because she wouldn’t sleep with him. 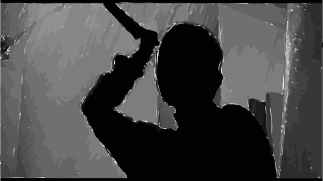 I haven’t been able to take a shower in a hotel my entire life. No, that’s not true. It just makes a point. Hitch knew how to scare the bejeezus out of women. And make sure they stayed that way.

No one wants to believe Woody Allen is a pedophile. We vilify the women every time. What is that threshold that finally tips us into pursuing their claims, or at least holding space for the possibility of them? One victim? Two? 60?

I’ve been thinking about this since reading Ronan Farrow’s trenchant piece, My Father, Woody Allen, And the Danger of Questions Unasked, in the Hollywood Reporter.

I silenced Dylan Farrow’s allegations. I told myself it was important to separate the man from his art. Genius art stands on its own. I said. The men behind may be flawed, but it doesn’t negate the art itself.

But flawed should not describe a pedophile, predator or misogynist. Flawed allows men like Allen the freedom to indulge their darkest desires while we look the other way.

What is that threshold that finally tips us into holding space for the possibility? One victim? Two? 60?

“The press never interrogates allegations,” Farrow observes. Among them he included himself. It is, as he wrote, because these men are powerful, their allies are powerful. If you’re going to face that Goliath, you better be ready for some serious career backlash.

The Madonna I grew up with wore way less clothes.

But I think the problem runs even deeper. The press doesn’t operate in a vacuum. The media is an extension of our collective psyche. Sexual assault allegations terrify us all. We need our father figures. We have nothing to replace the worship of the masculine.

The female icons who carry society’s weight number far fewer than the men. It is not that the talent pool is limited, it is that the space has been more narrow. There’s only so much room for “gender specific” stories. Unless a woman knew how to move through the world like a man, or affirmed stereotypes, she’d never soar to the same heights. Madonna, for example, used her sexuality in traditionally explicit ways. It didn’t help women in the boardroom. It only furthered sexualized them. 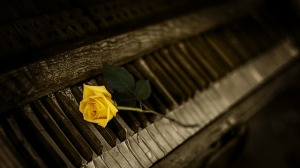 This could have been an image in Lemonade. I liked that film.

Beyoncé’s sexuality resonates more deeply. She’s a provocateur not because she uses sex, but with it she tells the story of sexual oppression and betrayal. She’s an integrated human of sex, strength and intellect taking us into a new land.

I imagine even ten years ago we’d have marginalized her for Lemonade. We are in a time now when the cultural space allows for her mega success to be more than just anecdotal.

And as art goes, so goes the press. As Farrow points out, a seismic shift has occurred in how the press pursues sexual assault accusations. It is no coincidence that it has come at a time when Millennials have greater influence both in the market place and in the press. Questioning authority has always been in the purview of the young. But for Millennials it goes further. They aren’t afraid for the patriarchy to crumble. Women’s power doesn’t threaten them.

Madonna didn’t help women in the boardroom. She furthered sexualized them.

Prince, always one step in front, told Rolling Stone in 2014, ”We’re in the feminine aspect now. That’s where society is. You’re gonna get a woman president soon. Men have gone as far as they can, right? … I learn from women a lot quicker than I do from men. … At a certain point, you’re supposed to know what it means to be a man, but now what do you know about what it means to be a woman?”

I learned to see the world through a male lens long before I saw it through my own. It was a safer way to live when you had a brother like mine. At seven I wanted to be the first woman president. Delighted, my father read the newspaper aloud at dinner every night, for a little while. But his attention made me uncomfortable. My older brother could be a jealous beast when my parents weren’t around. Being seen made me vulnerable.

I retreated into a traditional idea of womanhood. Teacher, nurse, mother.

Chasing Prince, wanting to resurrect him, made my animus rise. That subconscious force defined by Carl Jung as masculine for women, feminine or anima for men. It’s no coincidence my subconscious chose Prince. He displayed a persona that, as Touré observed, had fully integrated both the male and the female. 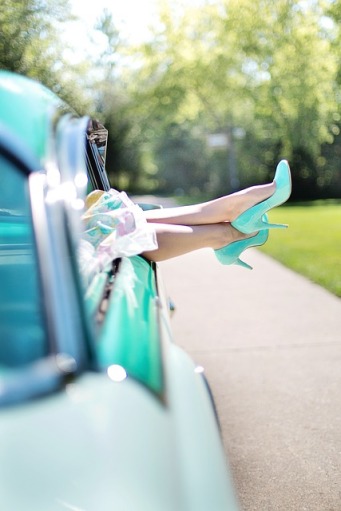 These are women’s appendages. The ones our country grows back when women’s voices carry more value than our our bodies.

I’ve been fighting to meet a deficit within me my whole life. I’ve preferred men to women. It was a way to absorb the thing I’d killed. But I feel a shift within me. Like Prince’s death released him into the air and water and allowed me access to long dormant parts within.

Something similar coalesces on the psychological landscape. It means women’s voices have begun to carry more value than our bodies. As they do, America will grow the severed limbs of our feminine selves torn off by centuries of misogyny.